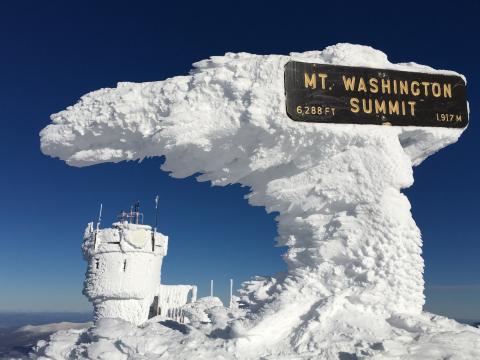 As scientific discovery becomes ever more data-driven, there is a critical need to build a scientific workforce with robust skills in large-scale data analysis. Nowhere is the need to strengthen learning opportunities greater than in rural areas, where a majority of the nation’s school districts reside and where under-investment persists.

To promote interests in data analysis and data science careers, WeatherX curriculum units support student investigations of extreme weather events on Mount Washington, NH—often called the “Home of the World’s Worst Weather”—as well as in their local communities. Students use the data visualization and online modeling tools Common Online Data Analysis Platform (CODAP)  as well as large-scale data from the Mount Washington Observatory (MWO) and the National Center for Environmental Information (NCEI) to conduct their investigations.

Over a period of three years, the project is developing and testing a series of model curriculum units, each designed as extended sets of interactive science investigations for middle-school science classrooms. In this effort, the WeatherX team has collaborated with 12 middle-school science teachers and over 470 of their students in low-income rural school districts in northern New Hampshire and Maine. Project research addresses the following questions:

Unit development and project research has unfolded in a series of iterative phases. During an initial development and feedback phase, the project focused on sharing early unit ideas and activities with teachers and soliciting their feedback. During an “alpha” development and testing phase, the project explored the feasibility of unit implementation, how teachers enacted the units, and the ways in which the units may support student interest and engagement in data analysis and scientific careers. During a “beta” development and testing phase, the project focused on unit enactment, mechanisms by which the units may support student learning, and quantitative measures of improvement in student learning and interest in data analysis and scientific careers. Research during these alpha and beta phases involved collection and analysis of survey and focus-group interview data from teachers and students, classroom observation data, samples of student work, and pre- and post-unit student assessment data.